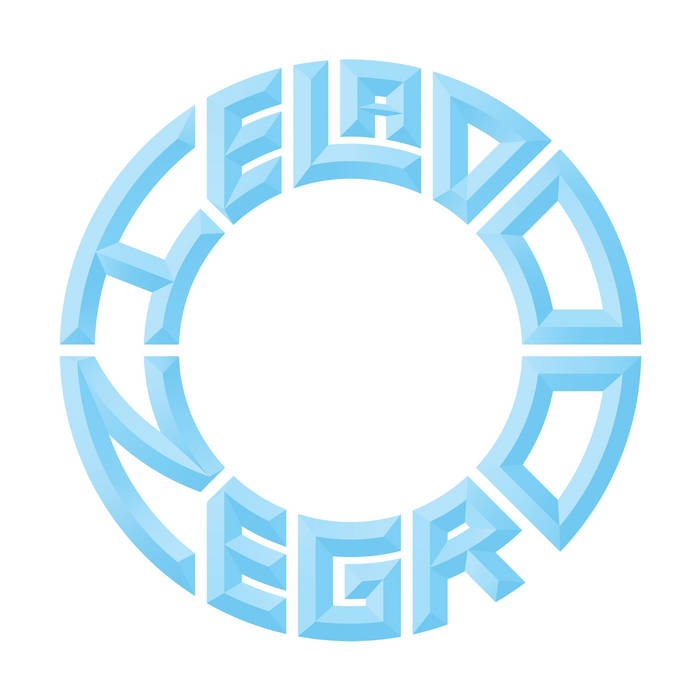 dublab Roberto Carlos Lange has a knack for making music and art that is lifted above the plane of reality. His sounds and visions are infused with the buoyancy of high concept but never bogged in cold calculation. They levitate like an island floating gently under the tug of a billion balloons brought skyward through creative energy. His palms sway close to the Sun. His musical project Helado Negro is back with a beautiful new album Invisible Life, out now on Asthmatic Kitty. Favorite track: Arboles.
more...

Invisible life.
I think it's best to read into that name, to put it right up against yourself.
It's walking alone when you're walking with someone else.

Roberto Carlos Lange enters the room before his body does. Like light, like sound, like every single thing that travels on its own wavelength. As long as I've known him, he's done what he wants. Not that Roberto, like the best artists, ever had a choice. From the room he grew up in, down in South Florida, to his apartment in Savannah -- where I had my first dreams of a record label, where his neighbors were the guys that would become Bear In Heaven -- Roberto Lange was never not making music. Dog-eared LPs crossfaded with MPC 2000 vibrations. The humidity, that restless tropical silent partner, crept in. The slow-dance of school turned into the primal late-night shake of near-mythical live shows that, a decade ago and in the marsh, laid the fossil bed for Helado Negro.

"Ilumina Vos" breaks the ice for Helado Negro's new album Invisible Life. Press play and you lose your season. He's talking to you in Spanish. He's talking to you, perhaps with more volume, in the language he's been teaching us all over the past three years through the lessons of the seductive full-length Canta Lechuza, the sub-narrative exploration EP Island Universe Story One, and the all-in collaboration, OMBRE, with Juliana Barwick. This immersive curriculum, paired with our own capacity for feeling, will make Invisible Life visible. At least as much Roberto Lange wants us to see of himself. Translate the name of that first song for the first clue: it illuminates you.

This is a wake-and-take-off kind of record, tones whittled out of time and all its impressions, not to mention Roberto's refined love affairs with synthesis, sampling, and his own strengthening voice (always bilingual, the son of Ecuadorian immigrants). Second track "Lentamente" (or "slowly") gets you moving and singing at just the right pace, believing in words you may not understand. Invisible Life is brilliantly accomplished in its ability to soundtrack Life. I've had coffee with it. I've driven through the mountains with it. And, most notably, it's stopped me dead in my tracks and suddenly become The Thing that I'm thinking about, alone, because it's suddenly freestanding and disconnected from its maker. This is the transcendent zone, that place where music gets transferred from the artist to the listener and takes on its own life. In the way of artists like Caetano Veloso, the Sea and Cake, and even Sade, Helado Negro floats beyond his own identity into that democratic forest of shape and color.

I keep going back to "Relatives." Nestled well into side B, its slow dub pop simplicity dips into straight-up perfection. I was sold before minute one -- then I heard Jon Philpot's voice sing-talking the chorus to me in English. "Whatever you say, whatever you want me to do." The Bear In Heaven frontman's contribution is one of a key few on the album, including more old friends like Eduardo Alonso (Feathers) and Matt Crum (Lange's longtime bandmate in ROM), as well as kindred and vast spirit Devendra Banhart. Banhart's guitar on "Arboles" multiplies the whispered dream of Helado Negro into technicolor parallel existences. Those of us who call him a friend and a brother, we see those colors. Sometimes we even name them. He asks us to. Roberto Lange, the conductor, the man alone, has always kept his family close, even if its definition has expanded from his mother's kitchen to the long-stretching road that sends him from one show to the next.

Between all these lines and in the space between each of us is the definition of Invisible Life. It's that space where we sit and figure things out. It's what we're looking at when we seem to just be staring down the wall. It's the words we can't say to the people we love. It's a daydream. And, in its solitude, a torment. Roberto Lange, in all his conspicuous vibrance -- you can't miss him on the street -- is translating a whole unmapped internal universe. And aren't we all? That's what you'll hear when you put this on: you talking to yourself. And you didn't think you could speak Spanish.

A South Florida native, born to Ecuadorian immigrants and based in Brooklyn, his upbringing provides essential elements to his songwriting, including his consistently bilingual lyrics in English and Spanish. Exploring the expressivity within intense states of being, Latinx identity, and pluralistic sensibilities, his music can be characterized as lyrically personal and political avant pop music. ... more

Bandcamp Daily  your guide to the world of Bandcamp